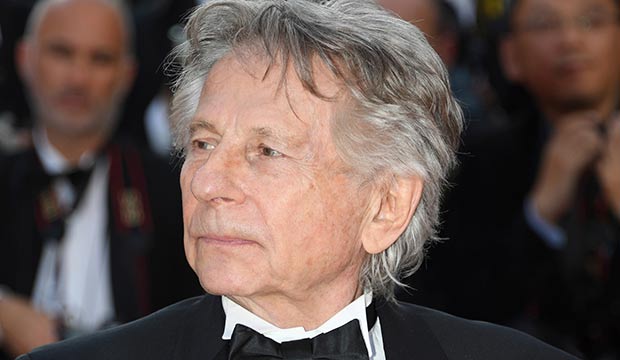 Though his personal tragedies and demons have sometimes overshadowed his work, there’s no denying the impact Oscar-winning director Roman Polanski has had on cinema.

Born in 1933 in Paris and raised in Poland, Polanski’s childhood was marked by tragedy when he was separated from his parents during the Holocaust. As a child, he escaped the Krakow ghetto after his mother was killed in an Auschwitz gas chamber. When the war ended, he was reunited with his father and returned home.

He turned to filmmaking as a student, making his directorial debut with the international hit “Knife in the Water” (1962), which earned an Oscar nomination for Best Foreign Language Film.  His followup, the psychological thriller “Repulsion” (1965), was an even bigger hit, and he was soon drafted by Hollywood to direct the occult horror film “Rosemary’s Baby” (1968), which earned him a Best Adapted Screenplay bid.

It was during this time that he married Sharon Tate, an actress who appeared in his comedy “The Fearless Vampire Killers” (1967). In August 1969, Polanski was visiting in Europe when Tate, pregnant with their child, was murdered by the Manson Family, along with houseguests Jay Sebring, Abigail Folger and Wojciech Frykowski, as well as Steven Parent, who had been visiting housekeeper William Garretson. (The murders were partly used as inspiration for Quentin Tarantino‘s film “Once Upon a Time in Hollywood.”)

Polanski stayed in Europe following the murders, directing the Shakespeare adaptation “Macbeth” (1971), which drew unmistakable parallels to the heinous crimes. He returned to Hollywood to helm the grim, twisty neo-noir “Chinatown” (1974), for which he earned an Oscar nomination as Best Director.

It was shortly thereafter that Polanski was accused of sexually assaulting 13-year-old Samantha Gailey, who was modeling for him during a “Vogue” photo shoot. Polanski plead not guilty, later agreeing to take a plea agreement in exchange for a lighter sentence. However, news that the case’s judge, Laurence J. Rittenband, was planning to ignore the deal caused him to flee to Europe, where he has been ever since.

Despite the controversy, Polanski continued to direct films, earning an Academy Award nomination for “Tess” (1980), adapted by a Thomas Hardy novel given to him by Tate. He later helmed “The Pianist” (2002), a biographical Holocaust drama that called upon many of his own experiences during the period. Though Martin Scorsese (“Gangs of New York”) and Rob Marshall (“Chicago”) were the heavy Oscar favorites, Polanski upset with a victory for Best Director, which was later presented to him in Europe by Harrison Ford, who announced his victory on the telecast.

In addition to his Oscar success, Polanski won the Golden Globe for “Chinatown,” which also brought him a BAFTA prize. He earned additional BAFTAs in Best Director and Best Film for “The Pianist,” for which he also received the Palme d’Or at the Cannes Film Festival.