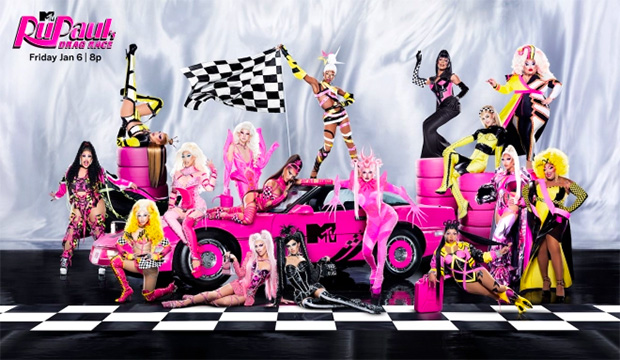 Now in its 15th season, “RuPaul’s Drag Race” is a-movin’ and a-shakin’ as it shantays over to MTV after previously airing on VH1 (and before that, Logo). This time around, there is record-high number of contestants for the Emmy-winning reality TV show, as 16 new queens enter the “werk room” for a chance to earn the title of America’s Next Drag Superstar and the $200,000 grand prize. RuPaul Charles is back as host, and he’s joined by returning judges Michelle Visage, Carson Kressley and Ross Mathews, plus new judge Ts Madison.

Among the cast members for this 2023 installment are real-life 23-year-old twins, Sugar and Spice, as well Sasha Colby, the 37-year-old drag mother of Season 14’s Kerri Colby. In all, just nine states are represented this year: California (five queens), Connecticut (three), Florida (one), New Jersey (one), New York (two), Nevada (one), Tennessee (one), Texas (one) and Washington (one). Before the premiere episode airs on January 6, 2023, meet the “RuPaul’s Drag Race” Season 15 cast in our photo gallery below.