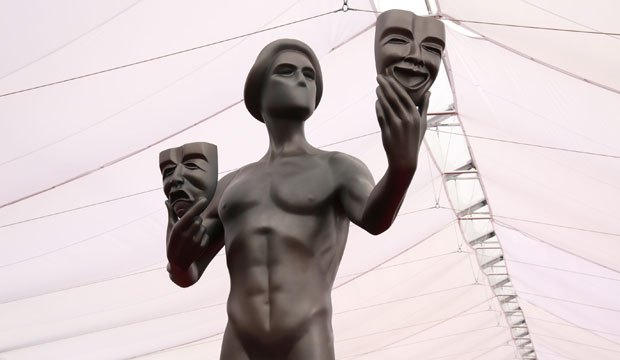 The Screen Actors Guild first began handing out awards in 1995 but did not give out the Best Film Ensemble prize until the following year when “Apollo 13” was the inaugural winner. Of all the times the cast prize has been handed out only about half have gone on to win Best Picture at the Oscars. Scroll through our photo gallery below of all the SAG Awards Best Film Ensemble winners to see which ones took home corresponding Oscars and which ones were snubbed.

When the SAG Awards started they were presented solely by the Screen Actors Guild, but SAG merged with sister organization American Federation of Television and Radio Artists in 2012. The combined organization now consists of 160,000 industry professionals including not just actors but announcers, broadcast journalists, dancers, program hosts, puppeteers, recording artists, singers, stunt performers, voice-over artists and more. That makes the SAG Awards one of the biggest industry kudos in Hollywood and one of the most important stops along the Oscar campaign trail.

Another important factoid is that only three films have ever won the Best Picture Oscar without a SAG nomination for Best Ensemble: “Braveheart” (1995), “The Shape of Water” (2017) and “Green Book” (2018). Originally published March 2018.