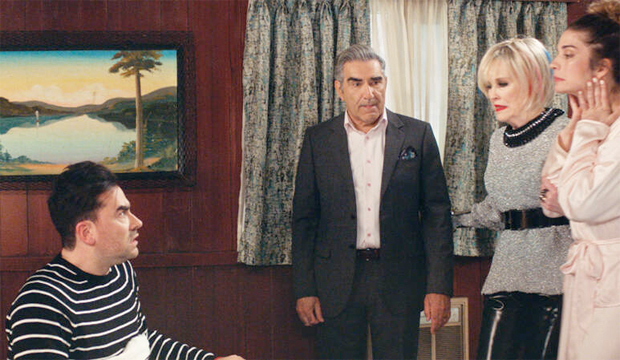 Better late than never, right? After being skunked by the Television Academy for its first four seasons, Pop’s “Schitt’s Creek” rebounded in 2019 with four Emmy bids: Best Comedy Series, Actor (Eugene Levy), Actress (Catherine O’Hara) and Costumes. Even though it went home empty-handed that year, the show still had one final season to prove its worth. When the 2020 Emmy nominations were announced Tuesday, July 28, “Schitt’s Creek” landed 15 bids, making it the second most-nominated comedy of the year after “The Marvelous Mrs. Maisel.” Scroll through our photo gallery below to see all of the “Schitt’s Creek” Emmy nominations for its final season.