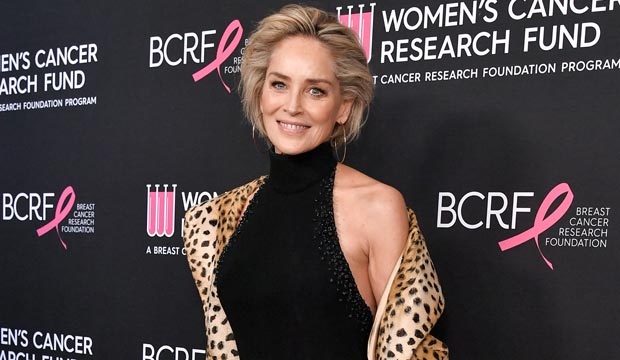 Many first spied Sharon Stone when she made her wordless big-screen debut in 1980, billed as Pretty Girl on the Train, in Woody Allen’s “Stardust Memories.” She does leave an impression while blowing a kiss from behind a train window. As Stone has said, “I gave it my best shot to melt that sucker.”

She would come to define a ‘90s brand of sex symbol, one who was more in control of her fate in films and not afraid to enjoy sex as well as dabbling in lethal behavior. Her signature performance remains 1992’s “Basic Instinct,” as a bisexual psychopath with likely murderous intent. It is hard not to acknowledge that the quality of her films has been up and down, resulting in nine Razzie nominations, including three wins. But she compensated when she poured her soul into Ginger McKenna, a booze-addicted, me-first ex-hooker married to Robert De Niro’s sullenly brutish Vegas honcho in “Casino” from Martin Scorsese. That role would bring her the only Oscar nomination in her career so far.

In honor of Stone’s 62nd birthday on March 10, 2020, let’s focus more on the positive than the negative as we rank 10 of her greatest films. Our photo gallery lists them from worst to best, including “Total Recall,” “Casino” and “Basic Instinct.”