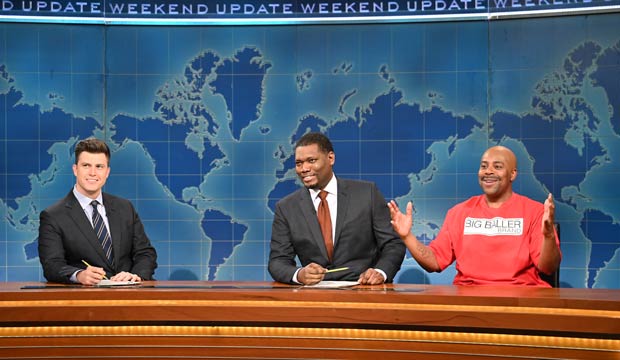 “Saturday Night Live” premiered October 11, 1975 on NBC with a group of fresh-faced cast members known as the “Not Ready For Prime-Time Players.” None of those original stars (including Laraine Newman, John Belushi, Jane Curtin, Gilda Radner, Dan Aykroyd, Garrett Morris and Chevy Chase) lasted for more than five seasons, but they all made their mark on the late night sketch series that is still going strong nearly five decades later.

Over the past 48 seasons (and counting), who are “SNL’s” longest-running cast members ever? Kenan Thompson currently holds the record at a whopping 20 seasons. His closest competition is Darrell Hammond, who starred for 14 seasons before leaving and then returning as the show’s announcer. Scroll through our “Saturday Night Live” photo gallery below to see more long-time cast members.