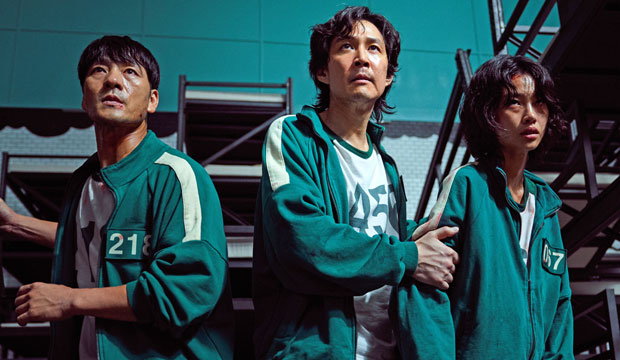 “Squid Game” premiered on September 17, 2021 and became an instant worldwide hit for Netflix. The Korean-language survival drama tells the story of 456 down-on-their-luck citizens who agree to play a series of children’s games in order to win a monumental cash prize. The twist is that the games come with deadly consequences for those who lose … and most of them lose. On January 12, 2022, the cast was nominated for the best drama ensemble prize at the SAG Awards, a first for a non-English language TV series. Two of the show’s stars, Lee Jung-jae and Jung Ho-yeon, were recognized for their individual performances as Seong Gi-hun and Kang Sae-byeok, respectively. In all, 10 “Squid Game” cast members received bids as part of the ensemble. Meet the nominees by scrolling through our photo gallery below. (Editor’s note: We are using the specific spellings of the actors’ and characters’ names as they appear on the SAG Award ballot.)