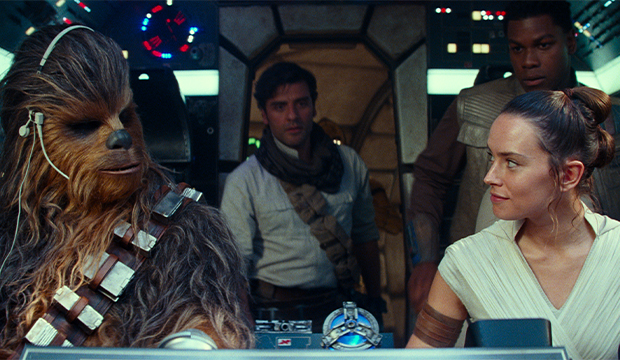 In 2012, seven years after the release of “Star Wars: Episode III – Revenge of the Sith,” Lucasfilm was sold to Disney, who thus acquired the rights to the beloved space opera franchise. Plans were soon made to continue the Skywalker saga past 1983’s “Episode VI – Return of the Jedi,” leading to the release of “Episode VII – The Force Awakens” in 2015. Several actors who had appeared in the series decades earlier reprised their roles alongside many new ones in what would become a trilogy with the addition of “Episode VIII – The Last Jedi” and “Episode IX – The Rise of Skywalker.”

With such a large mixture of characters forming a new ensemble, it is difficult to tell which ones actually receive the most narrative attention. Who really is the most prominent protagonist in these three films, and how do the original series’ heroes stack up? The answers are included in our photo gallery of the top 10 characters with the most screen time in the “Star Wars” sequels trilogy. Scroll through to find out if your favorites made the cut.

While the first six films in the franchise all had May premieres, these three all debuted in December. “The Force Awakens,” which opened on December 18, 2015, is set 30 years after the events of “Return of the Jedi.” In that time, the peace brought on by the defeat of the Galactic Empire has been disturbed by the creation of the First Order, in which Supreme Leader Snoke oversees subordinate commanders such as Kylo Ren. Lonely scavenger Rey and deflecting stormtrooper Finn meet, join the Rebel Alliance, and end up coming into contact with original protagonists Han Solo, Leia Organa, and Luke Skywalker.

“The Last Jedi” was released two years later on December 15, 2017. Much of its plot is devoted to the development of a student-teacher relationship between Rey and Luke, the latter of whom feels personally responsible for the rise of the First Order. As she trains to become a Jedi, Rey forms an inexplicably strong bond with Kylo Ren, who is continually pulled toward the Light Side of the Force by his Solo-Skywalker family connections.

The closing chapter of the saga, “The Rise of Skywalker,” premiered on December 20, 2019. Rey learns the dark reason why the Force is so strong with her and, with the help of Finn, Resistance pilot Poe Dameron, and the rest of her friends, fights to resist the temptation to stray from her Jedi path. In the end, the “Star Wars” spotlight is fully and finally passed on to the newest generation of characters.