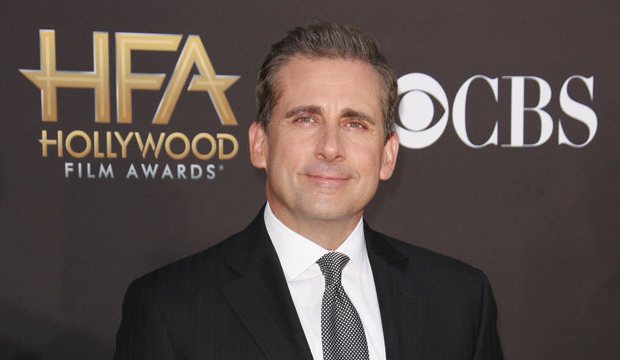 Steve Carell first came to prominence as a correspondent on “The Daily Show with Jon Stewart,” appearing as a regular cast member from 1999 to 2005. He left the nightly news satire to play bumbling boss Michael Scott in “The Office,” a role which brought him six Emmy nominations as Best Comedy Actor and a Golden Globe win in 2006 (he competed at the Emmys as a producer on the series in 2009, 2010, and 2011).

After supporting roles in such films as “Bruce Almighty” (2003), “Anchorman: The Legend of Ron Burgundy” (2004), “Melinda and Melinda” (2004), and “Bewitched” (2005), Carell moved into leading man status playing a middle-aged man seeking to have sex for the first time in “The 40-Year-Old Virgin” (2005). He received wide critical acclaim the very next year for playing a gay Proust scholar in the Oscar-winning “Little Miss Sunshine.”

Carell became an Oscar nominee himself for playing eccentric billionaire John du Pont in Bennett Miller‘s true life sports drama “Foxcatcher” (2014). He reaped a Golden Globe bid the following year for playing a hot-headed hedge fund manager in “The Big Short” (2015), which reunited him with “Anchorman” director Adam McKay. He reaped further awards recognition at the Globes and SAG for “Battle of the Sexes” (2017),  helmed by “Little Miss Sunshine” filmmakers Jonathan Dayton and Valerie Faris.

Tour our photo gallery of Carell’s best movie roles, and see if your favorite made the cut.