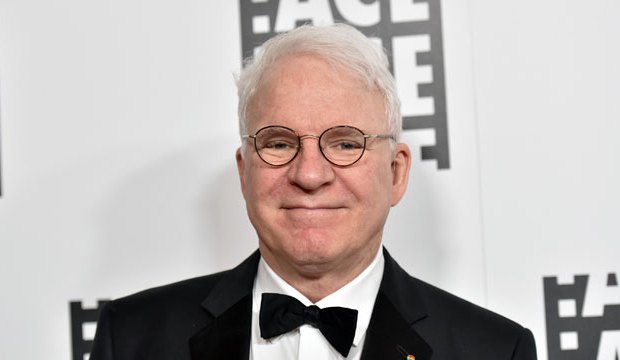 To celebrate the August 14 birthday of Steve Martin, we’ve got a special photo gallery featuring his 15 greatest films. The actor, comedian, writer, producer, playwright, author and musician is an American icon who has been celebrated at the Kennedy Center Honors and American Film Institute. He also received an honorary Oscar for his movie career in 2013.

Nominated for five Golden Globe Awards, six Grammy Awards (with five wins), as well as two Tony Awards, Martin is one of the great talents of the past few decades. There wasn’t a stand-up comedian alive in the mid-1970s who was on a hotter streak, and his first hosting gig on “Saturday Night Live” led to many more appearances. He also now has 2018 Emmy Awards nominations for producing and writing his Netflix comedy special with Martin Short.

He then jumped into movies and never looked back, with such popular flicks as “The Jerk,” “Dead Men Don’t Wear Plaid,” “All of Me,” “Roxanne,” “Three Amigos,” “L.A. Story,” “Parenthood,” and “Father of the Bride” over the next few decades. All of those films are included in our photo gallery above, which features his 15 greatest, ranked from worst to best.