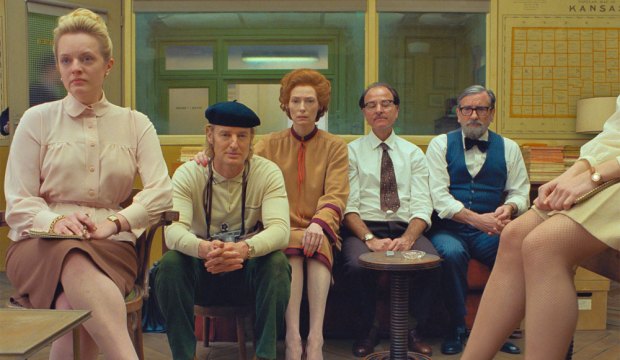 Could it win Oscars? Though “Grand Budapest” was Anderson’s biggest hit with the academy, Anderson himself lost his writing, directing and producing bids for the film. To date Anderson has picked up seven Oscar bids without a win. But “Dispatch” continues his partnership with Searchlight Pictures — formerly known as Fox Searchlight before Disney’s takeover of 20th Century Fox. The studio has won Best Picture four times over the years: “Slumdog Millionaire” (2008), “12 Years a Slave” (2013), “Birdman” (2014) and “The Shape of Water” (2017). So don’t count this film out.

And though “The French Dispatch” is opening during the summer (July 24), which is early for an Oscar contender, “Grand Budapest” actually opened earlier than that, and “Dispatch’s” themes about journalism may continue to strike a chord in an election year when we’re very likely to see political threats and antagonism against the free press. What do you think? Scroll down to see stills from the film for a sense of its cast and visual style.