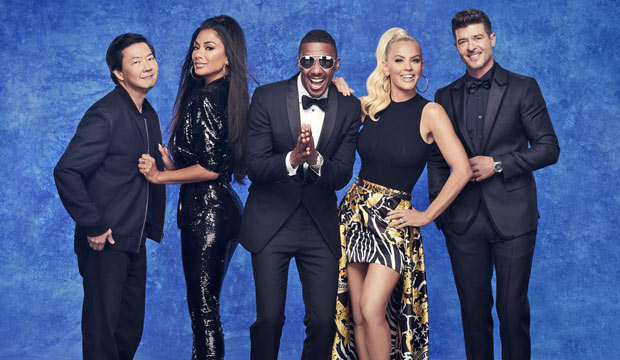 Season 3 of Fox’s wild and wacky reality TV show “The Masked Singer” premiered February 2, 2020, right after Super Bowl LIV. Nick Cannon returned as host while the judges’ panel once again consisted of Robin Thicke, Jenny McCarthy, Ken Jeong and Nicole Scherzinger. The network has released photos of the breathtaking new costumes, so scroll through our photo gallery below for your first look at The Astronaut, The Banana, The Frog, The Kangaroo, The Llama, Miss Monster and more.

The secret celebrities hiding behind these masks will be revealed one at a time throughout the season. Do YOU spot any clues in these “The Masked Singer” Season 3 photos?