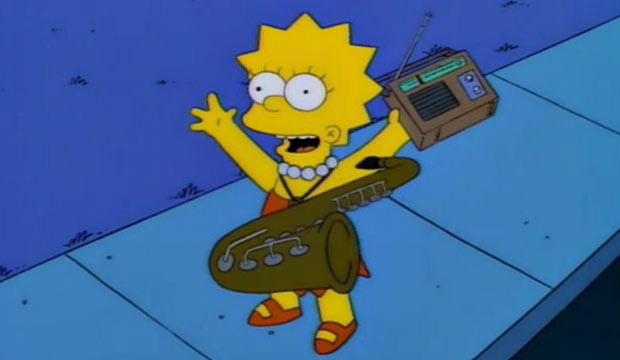 Life is tough for Lisa Simpson. Every day she has to face a family that doesn’t understand her, a school where she doesn’t fit in and a world that doesn’t value her talents. Still, she never gives up fighting for the causes that she believes in or making the world a better place. Whether she’s extolling the virtues of vegetarianism and Buddhism, or simply trying to deal with her father’s boneheaded decisions, Lisa never loses sight of what’s right. So put on a classic jazz record as you scroll through our gallery of the 15 episodes where Lisa Simpson saved the day.

Like the rest of her famous animated family, Lisa was created as a quick sketch done by cartoonist Matt Groening in the lobby of producer James L. Brooks‘ office. Groening named Lisa after his younger sister, and her iconic spikey hair was created because he “couldn’t be bothered to even think about girls’ hair styles.” Lisa is voiced by actress Yeardly Smith, who received a Primetime Emmy Award for Outstanding Voice-Over Performance for her role. Smith originally auditioned for the part of Lisa’s brother Bart, but the producers felt her voice was too high. Over the years Smith’s strong moral views would come to shape Lisa into the bright cultural crusader she is today.

While Lisa generally comes out on top by the end of the episode, her victories are often small or short-lived. The systems of oppression she stands up to are too powerful to be fully defeated, and the clueless citizens of Springfield rarely listen to her for long. More often than not, her victory is nothing more than getting her dad to do the right thing. Other times her victory is in giving up something important to her in order to help someone else. Still, these triumphs are no less meaningful or important, especially to a bright 8-year-old girl still finding her place in the world.

Her progressive values, feminist ideals and commitment to changing the world have made Lisa Simpson one of the most popular and beloved characters on television. Check out our gallery below of the 15 times she triumphed over adversity to see if your favorite Lisa episode made the list!