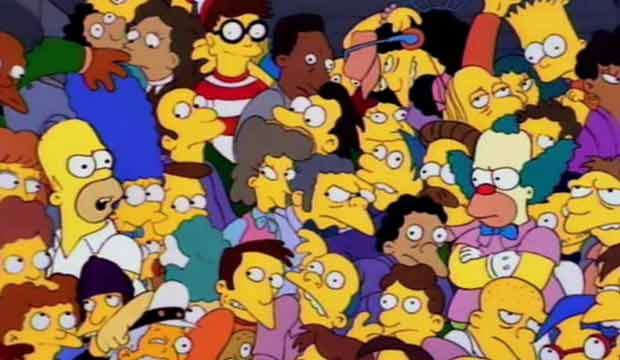 “The Simpsons” may not have invented the concept of the guest star, but the show has certainly perfected it. In fact, some of the most iconic citizens of Springfield have been voiced by some of the biggest names in Hollywood. So grab a donut, crack open a Duff beer and enjoy our gallery of the 25 greatest guest stars in the show’s history.

In the beginning of the series’ record-breaking run, many performers used pseudonyms in the credits, as voice acting on a cartoon was still looked down upon. Now appearing on “The Simpsons” is a point of pride, so much so that John Waters has a still of his character hanging up in his office. The show has evolved as well, and where it once used guest actors sparingly where they fit into the larger story, modern episodes tend to fit in as many celebrities as possible.

For a small town, Springfield is visited by an unusually large number of big name celebrities. They usually appear in the show briefly, to parody themselves and their image, or just for a few jokes. The most memorable guest star appearances, however, are the original characters, many of whom have gone on to become a constant part of the series. One of the underrated strengths of the show, especially in its golden years, is the casting. Writers would come up with characters first, and it often seemed like they had access to anyone in show business who would best fit the part, whether they were a multiple Oscar winner or a famous comedian. It certainly helped that in addition to being brilliantly written and consistently hilarious, the show is easy to appear on (all they had to do was show up in a recording booth and read).

Over the years a huge variety of Hollywood talent has lent their voice to the show, from Dustin Hoffman to Meryl Streep to Johnny Cash and more. Click through our gallery below to see if your favorite character made the list.

Anthony Hopkins: Long before 'The Silence of the Lambs,' he was an Emmy favorite