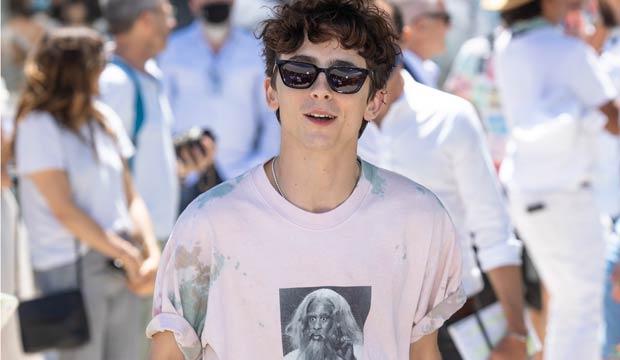 Did it come from his summers in France? Is it just a natural eye for fashion? We don’t care! Since he started hitting the Hollywood red carpets, Timothée Chalamet is one that has yet to disappoint with looks both on and off the red carpet.

With his unruly locks and flashing smile, we always look forward to seeing Chalamet with his fabulous wardrobe. Chalamet was first seen in Showtimes “Homeland” in 2012 but got his real breakthrough role when he was chosen to play Elio Perlman in 2017s “Call Me by Your Name”. This coming-of-age drama earned him his first Academy Award nomination. He has also been nominated for three BAFTA awards, two Golden Globes, four Screen Actors Guild Awards and four Critics’ Choice awards.

His career has also included “Lady Bird,” “Beautiful Boy,” “Little Women” and “The King.” He also has the 2021 releases of “Dune” and “The French Dispatch.”

While catching our eye on the big screen he has also made quite an impression on the fashion scene with his array of sleek and colorful ensembles. Scroll through our photo gallery to see some of his hottest, most fashionable looks and fashion statements.