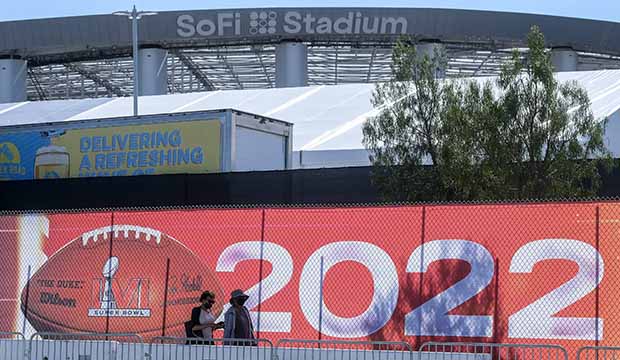 Super Bowl LVI has the Los Angeles Rams with quarterback Matthew Stafford vs. the Cincinnati Bengals and QB Joe Burrow.

There are all kinds of football-based films out there to enjoy — from dramas to comedies, and even an award-winning documentary — and we’ve collected 12 of the best here in our photo gallery, ranked from worst to best.

In paring down the list, we had to answer the question: “Just what is a football movie?” We didn’t include “The Blind Side,” for example, because though its central character plays football, the film is primarily about many other things. And while Act 3 of Robert Altman‘s “M*A*S*H” is made up of what is arguably the funniest football game ever put to film, its main concerns are elsewhere.

We did include two films with limited on-the-field action — Ivan Reitman‘s “Draft Day” (starring Kevin Costner), which is a fascinating look at the machinations behind the scenes of the NFL Draft, and Cameron Crowe‘s “Jerry Maguire” (Tom Cruise) which takes a similarly incisive look at the world of sports agentry. Others in our gallery include “Friday Night Lights” (Billy Bob Thornton), “The Longest Yard” (Burt Reynolds), “Remember the Titans” (Denzel Washington), and “Rudy” (Sean Astin).

Give these dozen football movies a try. Grab some buffalo wings, barbecue and a favorite beverage while touring our photo gallery.