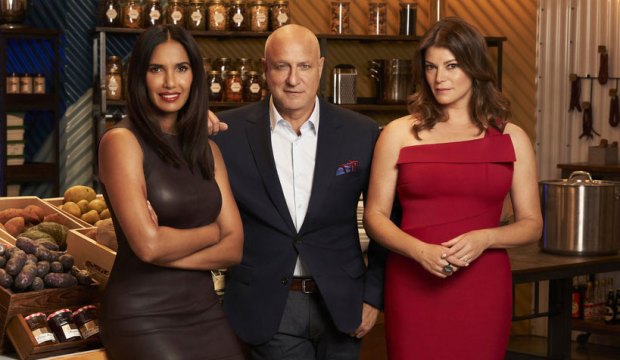 Bravo’s “Top Chef” season 17 premiered on Thursday, March 19, bringing back 15 finalists, front-runners and other fan favorite cheftestants from previous seasons to battle in the kitchen against each other yet again. The winner of “All-Stars L.A.” would get $250,000, the biggest prize ever awarded on the reality competition series. It once again featured host Padma Lakshmi, head judge Tom Colicchio and judge Gail Simmons.

With a cast full of seasoned “Top Chef” veterans, the pressure to stand out was higher than ever. Even the slightest mistake could cost you the title. So who had to pack their knives and go, and were they able to redeem themselves on “Last Chance Kitchen”? Scroll down for the complete eliminations list below, updating every week after each new episode airs.

This lineup of All-Stars spanned the entire history of the series, from the first season’s Lee Anne Wong to season 16’s third-place finisher Eric Adjepong, who was clearly out front for much of the Kentucky-based season with his fresh take on Ghanaian cuisine. But he lost his mojo when it mattered the most and had to settle for the second runner-up spot.

This was just the second time that “Top Chef” brought together a bunch of standouts who didn’t make it to the finish line previously, which made this contest a pretty big deal. The first edition of All-Stars launched in December 2010 with Richard Blais winning the competition, Mike Isabella placing second and Carla Hall winning fan favorite. Not too shabby. But alas, there could only be one winner, which means everyone else had to walk the culinary plank — again. Do you think these chefs deserved to be cut?