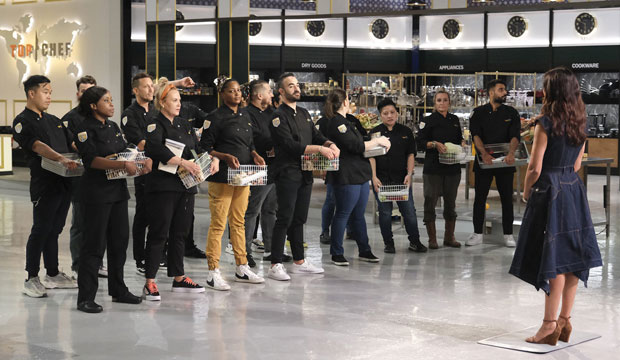 The Emmy-winning cooking competition series “Top Chef” returns to Bravo for its landmark 20th season on Thursday, March 9, with supersized episodes to air every single Thursday night from 9:00pm to 10:15pm. The show will be available to watch the following day on the Peacock streaming service. So who will win this historic season? Scroll down for the complete list of 16 cheftestants competing for the title.

Season 20 of “Top Chef” is an unprecedented All-Stars edition. It will bring together standout chefs from all over the world, representing the international spinoffs of “Top Chef” including Canada, Mexico, France, Thailand, and more. Altogether the 16 chefs represent 11 different shows from around the world. A few cheftestants represent the American version of the series, including season 19‘s reigning champion Buddha Lo.

And “Top Chef” is taking its international theme very seriously. With the main competition taking place in London, England, with a grand finale in Paris, France, this will be the first season of the series to take place entirely outside of the United States. But there will be familiar faces at the heart of the show. Padma Lakshmi returns as host, while Tom Colicchio is back as head judge along with fellow judge Gail Simmons.

Are you excited to see 16 of the greatest competitors in “Top Chef” world history compete for the ultimate title of the best in the globe? Who do you think has the early advantage? Scroll down to learn more about the elite culinary competitors below.