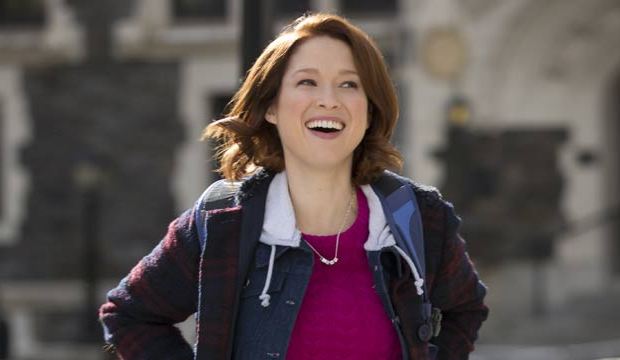 Troll the respawn, Jeremy! “Unbreakable Kimmy Schmidt” may have ended its run, but Kimmy is back in a new interactive special on Netflix. The Choose Your Own Adventure movie follows Kimmy (Ellie Kemper) as she finally takes down the Reverend (Jon Hamm), the man who kept her locked in a bunker for 15 years. So stay away from that weird guy’s van, and check out our gallery of the best Kimmy Schmidt quotes instead.

Kimmy has had quite a few adventures since she left the bunker. After deciding to move to New York on a whim, she moved in with struggling Broadway actor Titus Andromedon (Tituss Burgess) in an apartment which may or may not legally be considered a tugboat. She’s been an Uber driver, a traffic cop, a nanny and an office manager at a tech startup. She’s had numerous romances, with everyone from a Vietnamese illegal immigrant to a rich heir whose parents own a blimp. The former Mole Woman put the Reverend in jail, and showed his men’s right activist followers the error of their ways. Even though she missed out on 15 years of history and pop culture she never lets that slow her down. She might not know what a MILF is, but she earned her GED and even attended Columbia University.

The tenacious redhead is played by the hilarious and charming Kemper, who earned two Emmy nominations as Best Comedy Actress for the role. The series itself was nominated for Best Comedy Series four years in a row. Few shows can match its mixture of rapid fire jokes, surreal humor and sincere sweetness, thanks to the quick wit of creators Tina Fey and Robert Carlock. If you need a refresher for why the show is so beloved by its fans, just scroll through this gallery of all of Kimmy’s most hilarious lines – it’s almost as adorable as a video where a bunny and a kitty are friends.