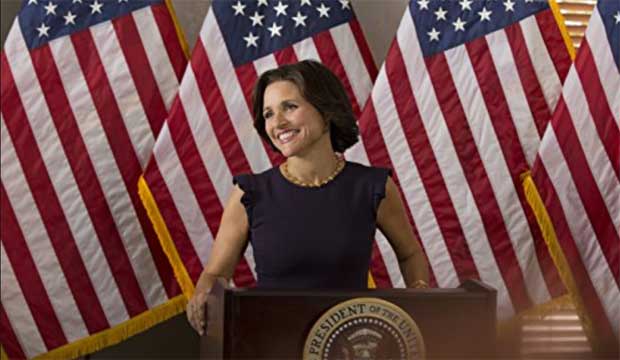 The great Julia Louis-Dreyfus celebrates her 59th birthday on January 13th, 2020. The trailblazing actress has made a career of playing amazing comedic characters for nearly four decades. She has received the Mark Twain Prize for American Humor and was inducted into the TV Academy Hall of Fame. In honor of her birthday, let’s revisit the 25 best episodes of her HBO hit “Veep,” ranked worst to best.

As the show has progressed, several other central characters have been added to the show’s cast. Among the most notable are high-functioning alcoholic White House chief of staff Ben Cafferty (Kevin Dunn), cold and statistics-obsessed strategist Kent Davidson (Gary Cole) and relentlessly cheerful aide Richard Splett (Sam Richardson).

From the beginning, critical reaction to “Veep” was very positive, with the first season receiving a score of 72 out of 100 on Metacritic. David Weigand of “The San Francisco Chronicle” wrote that “Everything you fear might be true about how our government works–or doesn’t–becomes hilarious fodder for ‘Veep’s’ biting satire.” Tom Gilatto of “People” singled out the show’s star by saying “The comedy here…comes from watching Louis-Dreyfus’s sophisticated, furiously sharp timing applied to a character who has the intelligence of a finch.” Some weren’t as favorable like Maureen Ryan was at The Huffington Post, writing that the show “isn’t particularly fresh or funny, and most of its jokes are telegraphed from a long way away.” Subsequent seasons have only seen the show’s critical fortunes rise, reaching a series high of 90 out of 100 on Metacritic for its fourth season.

The Emmys have been very kind to “Veep” from the beginning, with a total of 68 nominations and 17 wins, but their level of support took some time to build up. The first season only netted three nominations including Comedy Series, Comedy Actress and Comedy Casting. It was been nominated in those three categories every year. Each subsequent season received the same number or more nominations than the previous one, culminating with 17 nominations at the 2017 Emmys. Its final season earned nine bids in 2019.

Louis-Dreyfus has been the most constant presence for the show at the Emmys, winning the prize for Comedy Actress for all of the show’s seasons thus far. Those wins, combined with her previous wins for “Seinfeld” (Comedy Supporting Actress, 1996) and “The New Adventures of Old Christine” (Comedy Actress, 2006), give her eight Emmys for performing, tying the record currently held by Cloris Leachman. The show has also won the top prize for Comedy Series three consecutive times (2015-17), which Louis-Dreyfus also won trophies for as a producer. Hale is the only other actor from the show that has won Emmys, taking home Comedy Supporting Actor twice, in 2013 and 2015.

Take a tour of our photo gallery above ranking the 25 greatest episode in advance of the final season this spring. Where does your favorite rank on the list? Some of our choices include “Convention,” “Crate,” “Election Night,” “Helsinki,” “Kissing Your Sister,” “Mother” and “Testimony.”