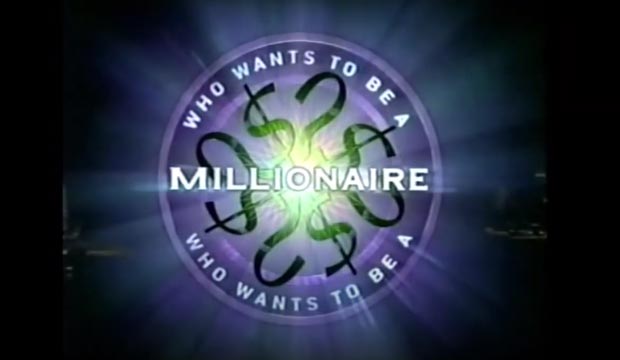 “Who Wants to Be a Millionaire” premiered on ABC on August 16, 1999. Hosted by Regis Philbin, the game show was originally just going to be a two-week event, but its popularity prompted another two-week special in November. Wanting to keep the excitement going, ABC commissioned “Who Wants to Be a Millionaire” as a regular series beginning January 18, 2000. At the time of the series’ end on June 27, 2002 the show had awarded nine savvy people with the million-dollar prize.

New life was given to “Millionaire” when it was produced for syndication and a daily version aired on September 16, 2002, hosted by Meredith Vieira. Another three lucky contestants took home a million dollars during the syndicated version of the show. “Who Wants to Be a Millionaire” has seen a variety of hosts over the years including Cedric the Entertainer, Terry Crews and Chris Harrison.

An all-celebrity edition premiered in April 2020 with Jimmy Kimmel at the helm. This version returned again in the fall to include a mix of celebs and first responders, with one lucky person making history. Scroll down to see the complete “Who Wants to Be a Millionaire” winners list.