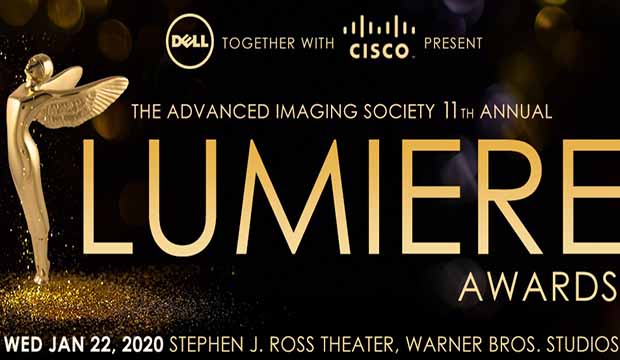 “Frozen 2” was the big winner at the 2020 Lumiere Awards that were bestowed by the Advanced Imaging Society.

The society doled out Lumieres in 25 competitive categories to reward the best hi-tech wizardry in entertainment media, including virtual reality, High Dynamic Range, 3D and other emerging technologies. “Frozen 2” claimed 3 trophies, which were accepted by director Jennifer Lee: Best Immersive Animated Feature Film, Use of HDR and Original Song

“Avengers: Endgame” received the prize for Best Immersive Entertainment Live-Action Feature Film. The audio award went to “Ford v. Ferrari” while its director James Mangold was hailed with the honorary Harold Lloyd Award, which spotlights filmmakers who have marshaled technology to empower storytelling.

Walt Disney Imagineering was acknowledged for the success of Star Wars: Galaxy’s Edge as the largest single-themed land expansion in Disney theme park history, and now opened at Disney’s Hollywood Studios at Walt Disney World Resort in Florida and at Disneyland Park in California.