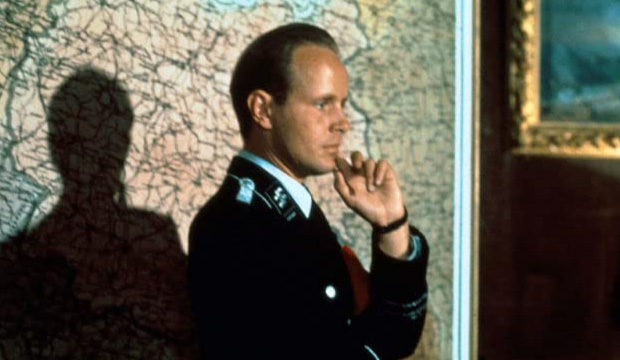 Before he earned four Best Drama Actor Emmy bids as one of the six original main cast members of NBC’s “Law & Order,” Michael Moriarty made history as the youngest conqueror of both TV Movie/Limited Series male acting categories. His first win for his supporting turn in “The Glass Menagerie” (1974) was followed four years later by a victory for his lead role on the NBC limited series “Holocaust.” Broadcast over a four-day period in April 1978, the series was met with both criticism and praise, with much of the adulation directed toward Moriarty and his castmates.

“Holocaust” was awarded a total of eight Emmys from 15 nominations, including Best Limited Series and Best TV Movie/Limited Series Actress (Meryl Streep). Moriarty was honored for his role as a 1930s German lawyer who joins the Nazi party out of economic desperation and grapples with the consequences of his decision over the course of several years. At 37, he was initially the fourth youngest man to ever triumph in his category, and currently sits at 10th place on that list.

Since 1955, a total of 60 actors have won Emmys for their lead roles on non-continuing programs, beginning with Robert Cummings (“12 Angry Men”). Eight of the winners have prevailed on more than one occasion.

Scroll through our photo gallery to find out who ranks ahead of Moriarty on the list of 10 youngest Best TV Movie/Limited Series Actor Emmy winners.