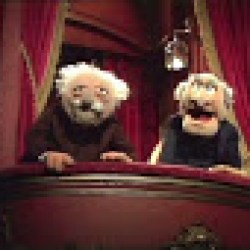 I'm a film school graduate from UNLV; I'm a screenwriter mostly, and I run an entertainment blog "David Baruffi's Entertainment Views and Reviews", it's slowly getting more and more popular, we just passed 100,000 hits. I'm also working on a lot of writing and other filmmaking endeavors, mostly locally. I watch my autistic brother during the day, so I'm limited in that, and that's part of the reason for my blog, to get my writing out. Hopefully you'll check it out and enjoy it. Thank you.