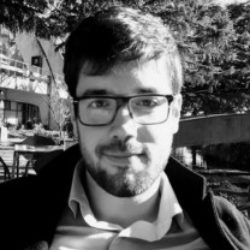 Born in Portugal, the love for movie began when I was a child. Growing up watching Harry Potter and Spiderman movies, my interests soon became more serious and then I watched "Lost In Translation" and I fell in love with independent filmmaking. Predicting the Oscar is much more than fun, it's a game...