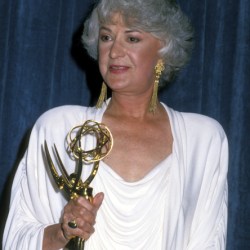 I love following award shows. I also love movies and music. My favorite movie is The Color Purple with The Wizard of Oz coming in second. My favorite actress is Bette Davis and my favorite singer is Aretha Franklin.