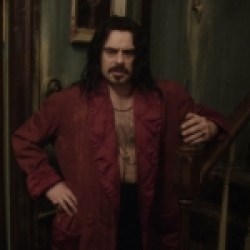 I love all award shows, but something about the Primetime Emmy Awards just mean a lot more to me. My favorite TV shows are Seinfeld, Arrested Development and The Simpsons. Jerry Seinfeld is my idol and has inspired me in so many ways