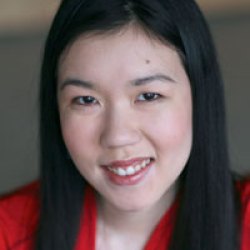 Formerly of OK! Magazine and TVGuide.com, Joyce Eng started watching the Oscars after her dad showed her "The Silence of the Lambs" when she was 6 years old. She once won a Starbucks gift card from a former colleague who bet she was "dead wrong" about Tilda Swinton ("Michael Clayton") winning the Best Supporting Actress Oscar. Twice her former boss apologized to her for doubting her Aaron Paul ("Breaking Bad") prediction at the 2010 Emmys and her Kelsey Grammer ("Boss") prediction at the 2012 Golden Globes. She loves a good montage, puns, stats and fun facts, hates reboots and revivals (and wishes people knew the difference between them), and yearns for the Emmy tape system to be reinstated. Her favorite show is "Friends" -- she even wrote her college essay about it. Her favorite movie is "Saving Private Ryan," whose Best Picture loss she's fine with (really), but her greatest love is the "Mighty Ducks" trilogy. When she's not thinking about awards shows, she's probably watching tennis.