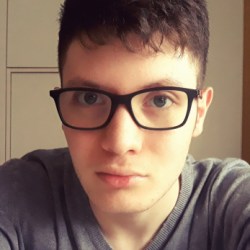 Luca Giliberti is a Contributing Writer, movie and television lover, and an awards fanatic. He earned bragging rights by coming in second at predicting the 2018 Emmy nominations. He jumped up and down when Viola Davis (“HTGAWM”) won her first Emmy, cried tears of happiness when Darren Criss (“Versace”) won his, and shouted “Praise be!” when Ann Dowd (“The Handmaid’s Tale”) finally received hers. He will never forgive Oscar voters for denying Timothée Chalamet (“Call Me By Your Name”) Best Lead Actor at the 2018 Oscars – one his all-time favorite performances. Oh, and he’s still waiting for Lena Headey to win that Emmy for “Game of Thrones.” He loves Viola Davis and won’t apologize for wanting her to win every award.