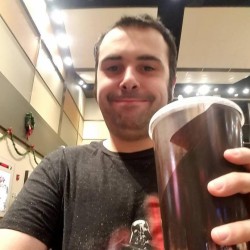 I have always had a passion for film. I also have my own film reviewing blog. I just received my Associate's and am going for my Bachelor's in English as I hope to have some kind of career in storytelling.