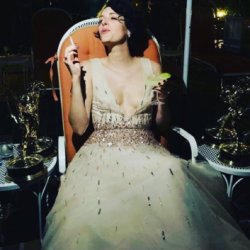 I am a huge of British shows such as Blackadder, Rumpole of the Bailey, and Fawlty Towers. Also, I love The Sopranos, The Wire, and Entourage,