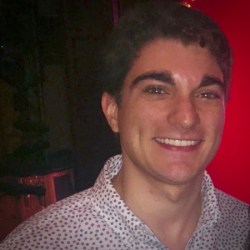 David Buchanan first started writing for Gold Derby in 2013, seeking an outlet for his obsession with theatre and the Tony Awards. In 2016, David joined Gold Derby as a Contributing Writer, in part to advocate for a long-overdue second Emmy Award for Christine Baranski. While he reached the pinnacle of his Gold Derby career in 2017 when he placed first in the Tony nominations predictions contest––a feat he seems unlikely to ever match––he has yet to singlehandedly secure Baranski her second Emmy, so the quest continues. In addition to covering theatre and TV for Gold Derby, David is currently a PhD candidate in English.