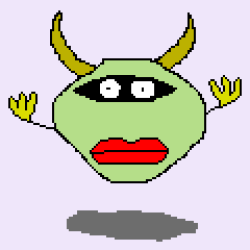 I am originally from upstate NY and am now a graduate student in psychology at UCLA. I'm loving living in awards central.