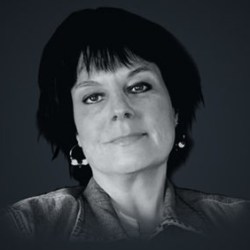 Susan Wloszczyna has been an avid Oscarologist ever since “Mary Poppins” and “The Sound of Music” vied for Best Picture in the ‘60s. She is someone who has proudly seen “Flashdance” at least 40 times. She told the then-fledgling Fox Searchlight that “The Full Monty” was destined for Oscar recognition and has avidly sought to interview every living Dame there is, from Judi Dench and Helen Mirren to Maggie Smith and Julie Andrews. Susan spent nearly 30 years at USA TODAY mostly as a film critic and a senior entertainment writer before freelancing for RogerEbert.com, Indiewire, Washington Post, the MPAA’s The Credits, AARP The Magazine and other outlets. Nothing makes her happier than musicals, rom-coms and animated films – save for a fantasy binge-athon of “Hell’s Kitchen,” “Top Chef” and “The Great British Baking Show” episodes.