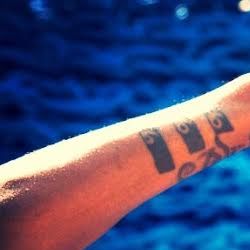 I'm a lover of all things film and food, and there's nothing better than sharing the experience of both with great friends.