“Everybody wants to know that they’re not the only one,” explains Samuel L. Jackson about why the story of “The Last Days of Ptolemy Grey” was so meaningful to him that he spent years trying to get it made into the six-part limited series now available to stream on Apple TV+. Dementia and Alzheimer’s disease afflict many people and those who love them, but “we tend to think that we’re the only people suffering with the particular thing when it happens to us.” Jackson has experienced it in his own family, which “compelled me to want to portray this character to explore those emotions.” Watch our exclusive video interview with Jackson above.

“Ptolemy Grey” is based on a novel by Walter Mosley, who adapted it for the screen himself (with two episodes co-written by Jerome Hairston). It tells the story of the title character, a man in his 90s who is experiencing advanced dementia, but who undergoes an experimental treatment to regain his memories so he can solve the murder of his devoted nephew and caretaker. Along the way he develops a close bond with his new caretaker Robyn (Dominique Fishback). Jackson hopes that audiences see in Ptolemy “that on the inside of these people that are lost, there’s a person that wasn’t always lost. That could be a person in there that prepared food for you, that hugged you, or had a kind word for you.” They’re someone who “you need to revere, and give them the reassurance that they’re not worthless, that they’re wanted and valued, and that you appreciate the gifts that they gave you.”

Finally bringing “Ptolemy Grey” to the screen isn’t the only achievement Jackson is celebrating in 2022. He also received an Honorary Oscar from the motion picture academy for his body of work, from his Oscar-nominated performance in “Pulp Fiction” to his blockbuster roles in the “Star Wars,” “Jurassic Park,” and Marvel Cinematic Universe franchises. He attributes the recognition first and foremost to his work ethic. “It was an honor that speaks to the thing that I’ve been taught my whole life: you go out, you work hard, and you hope for the best. I’ve tried to be the best Sam Jackson I could be.” Mission accomplished. 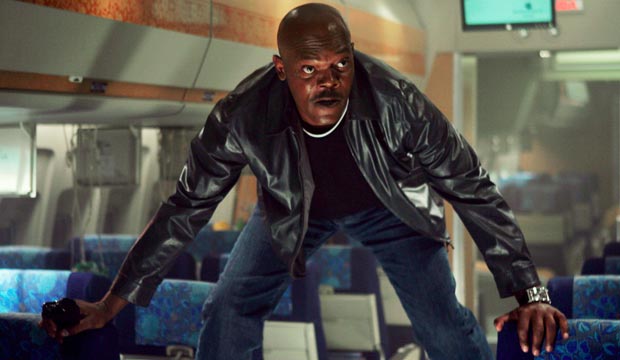