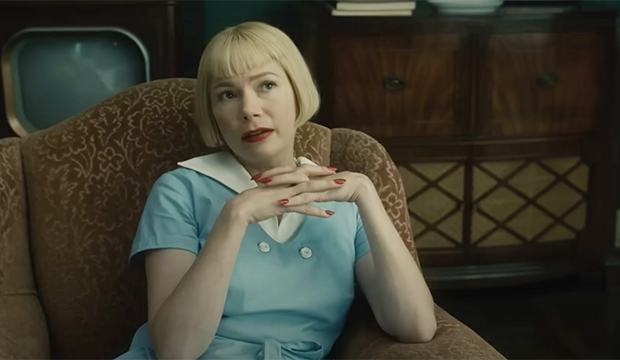 Best Actress, the most stacked Oscar race of the year, got even more competitive last week when Michelle Williams opted to campaign in the lead category for Steven Spielberg‘s “The Fabelmans” instead of supporting. If she prevails in March, Spielberg will become just the fifth person to have directed Oscar winners in all four acting categories.

The two-time Best Director champ would follow in the footsteps of William Wyler, Elia Kazan, Hal Ashby and Martin Scorsese. Thus far, Spielberg has directed 15 nominated performances, yielding three wins, and perhaps most remarkably, all three have occurred in the last decade. Daniel Day-Lewis became the first performer to win for a Spielberg film when he garnered his record-breaking third Best Actor Oscar for “Lincoln” (2012). Spielberg then watched Mark Rylance pull off a Best Supporting Actor upset for “Bridge of Spies” (2015) and Ariana DeBose sweep the season in Best Supporting Actress for last year’s “West Side Story.”

Williams was widely expected to give Spielberg back-to-back wins in supporting actress with “The Fabelmans,” the director’s semi-autobiographical film, in which she plays a fictionalized version of his mother. She earned high praise after “The Fabelmans” premiered at the Toronto International Film Festival, where it won the People’s Choice Award, reinforcing the notion that the actress was the closest thing to a lock in any of the acting categories at this stage. But then came last week’s plot twist that Williams would upgrade to lead, where the field is loaded with current frontrunner Cate Blanchett, who received career-best reviews for her Volpi Cup-winning turn in “Tar” and is seeking her third Oscar, and “Everything Everywhere All at Once’s” Michelle Yeoh, who would become just the second Asian Best Actress nominee after Merle Oberon (1935’s “The Dark Angel”) and the second WOC to win the category after Halle Berry (2001’s “Monster’s Ball”).

SEE Michelle Williams jumps to lead for ‘The Fabelmans’

At the moment, Williams is in fifth place in the Best Actress odds, also trailing two-nominee Margot Robbie (“Babylon”) and former champ Olivia Colman (“Empire of Light”). Oscar voters can nominate performers in whichever category they want, so there is a scenario in which Williams gets nominated in supporting, but if she makes the lead lineup, she’d be just the third Best Actress nominee for a Spielberg film after Whoopi Goldberg (1985’s “The Color Purple”) and Meryl Streep (2017’s “The Post”). Regardless of the category, it would mark Williams’ fifth nomination; she has two in each for her lead turns in “Blue Valentine” (2010) and “My Week with Marilyn” (2011), and her supporting performances in “Brokeback Mountain” (2005) and “Manchester by the Sea” (2016).

If Spielberg completes his acting collection, he’ll have four winners with one in each category, just like Ashby, who capped his in the shortest timeframe. Lee Grant scored Best Supporting Actress honors for 1975’s “Shampoo” before Ashby knocked off a twofer with “Coming Home” (1978) stars Jon Voight and Jane Fonda, who won Best Actor and Best Actress, respectively. Melvyn Douglas filled in the last piece of the puzzle the following year with his Best Supporting Actor prize for “Being There.”

Wyler holds the record for directing the most nominated (36) and winning (14) performances. His first winners in each category were Walter Brennan (Best Supporting Actor for 1936’s “Come and Get It”), Bette Davis (Best Actress for 1938’s “Jezebel”), Fay Bainter (Best Supporting Actress for “Jezebel”) and Fredric March (Best Actor for 1946’s “The Best Years of Our Lives”).

Kazan has the next most successful strike rate, directing nine performers to wins from 24 nominations. He first checked off Best Supporting Actor when James Dunn triumphed for “A Tree Grows in Brooklyn” (1945) and added Best Supporting Actress two years later for “Gentleman’s Agreement” star Celeste Holm. Vivien Leigh then won Best Actress for “A Streetcar Named Desire” (1951), which nabbed three of the four acting categories, except for lead Marlon Brando, whom Kazan later directed to a Best Actor victory in “On the Waterfront” (1954).