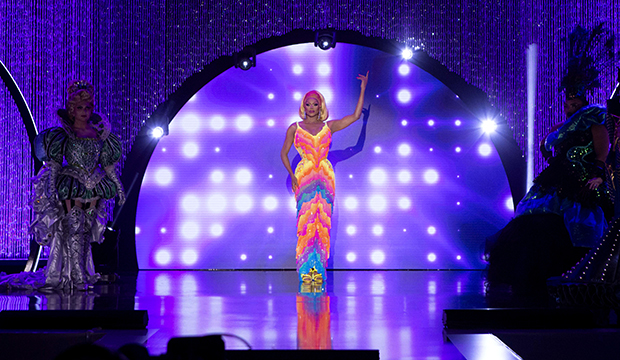 Ru remains out front in first place in our odds at 16/5, ahead of Nicole Byer (“Nailed It!), who’s next closest at 19/5. The hosts of “Queer Eye,” “Shark Tank,” and Tom Colicchio, Padma Laskhmi and Gail Simmons of “Top Chef” round out the top five at a virtual 9/2 tie.

The eight-time Emmy champ has never lost this category ever after first cracking the lineup in 2016. In 2019, RuPaul became the second person after Probst to four-peat in reality host. Probst won the category’s first four awards, from 2008-11, before being dropped completely; he has yet to return. Ru avoided that fate last year with his fifth bid and subsequent fifth consecutive win.

None of the other nominees this year have won this category before, which bodes well for Ru, given how repetitive the reality categories can be. Jane Lynch (“Hollywood Game Night”) has won reality host twice (2014-15), and the only other winners in this category were one-offs Tom Bergeron (“Dancing with the Stars”) in 2012 and “Project Runway’s” Tim Gunn and Heidi Klum in 2013.

Also helping Ru is the fact that “Drag Race” will likely claim the Best Competition Program prize for the fourth straight year, which would tie it with “The Voice” and put it six wins behind 10-time champ and record holder “The Amazing Race.” “Drag Race” is already the first show to win both Best Competition Program and Best Reality Host — not just in the same year but ever.