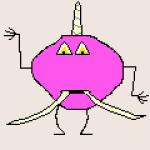 Oftentimes we are given biopics nobody asked for and other times there is a groundswell of moviegoer support for then ( see bohemian rhapsody ). What are five biopics that haven’t made it to the big screen yet that you’d love you see (optional –  and the actor to play the character)
Here are mine :

Oprah Winfrey- I can imagine this being a Lee Daniels Film , maybe Oprah up to age 35 ( when she made it ). I mean what a story !
Actor to play her: Regina Hall ( it needs to be someone less famous ,  but with serious acting chops , Oprah’s life could be very dark !!!)

Madonna Biopic- I know one was picked up from the black list but it seemed to have gone nowhere , I think Madonna is a fascinating character and if done properly this could be quite rivetting.

Actor to play her: Sky Ferreira or Dakota Johnson ( I reckon it could work ) or Claire Foy

Mary Pickford – this would be a great period piece , I watched a documentary on Pickford she was a towering figure on Holywood and extremely ahead of her time

Actor to play her : Saoirse Ronan

Aretha Franklin- this would be epic !

Actor to play her: Jennifer Hudson