The Los Angeles Film Critics Association gave their Best Picture award to Steve McQueen‘s epic anthology series “Small Axe,” so surely it must be the frontrunner for Best Limited Series at the Golden Globes, right? Gold Derby editors Zach Laws, Marcus James Dixon and Daniel Montgomery discuss whether or not the Amazon Prime series will ax the competition, or if Netflix’s “The Queen’s Gambit” can checkmate it. Watch the full slugfest video above, or scroll down to listen to the podcast version.

“It has such great snob appeal for the Globes,” Daniel explains. “It’s ‘cinema.’ That’s why the Los Angeles Film Critics awarded it Best Picture, even though it’s not a traditional film.” Rather, it’s a collection of five films centered around London’s West Indian community in the late 1960s through early 1980s, featuring John Boyega and Leticia Wright. McQueen, who won the Best Picture Oscar for “12 Years a Slave” (2013), co-wrote and directed all five installments, which premiered on BBC One in the UK before streaming on Amazon Prime. “It has so much of that boutique TV appeal that I think they’re going to go for,” Daniel adds.

Marcus, meanwhile, is predicting Netflix’s fall sensation “The Queen’s Gambit” for wins in both Best Limited Series and for leading lady Anya Taylor-Joy, who stars as a young chess prodigy. When it premiered in October, “It did have all of that water cooler discussion going on,” he recalls. “The fact that it is about chess makes it this weirdly unique series that was actually riveting; you could not look away.” He’s not alone in his prediction: according to our official racetrack odds, both the show and Taylor-Joy are widely expected to claim the top prizes.

Zach is having a hard time choosing between “Small Axe” and “The Queen’s Gambit” because, he contends, “both of these show have got real snob appeal, and both of them were big water cooler shows.” He’s going with “Small Axe” for now because it has “this pristine sheen over it, not just because of the LA Film Critics, but because of all of these different film critics rewarding different aspects of the show,” from the cast to the below-the-line crafts.

Since last years Emmy winner “Watchmen” is ineligible (and, surprisingly enough, was snubbed across the board by the Globes), that leaves the door open for a new champion to emerge, be it fellow Emmy nominees “Unorthodox,” “Normal People,” “Mrs. America” or “Little Fires Everywhere,” or newcomers “I May Destroy You,” “The Good Lord Bird” or “The Comey Rule,” all of which join “Small Axe” and “The Queen’s Gambit” in our top 10 racetrack odds for Best Limited Series. 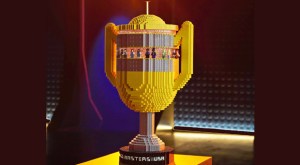 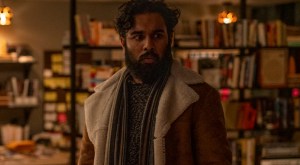 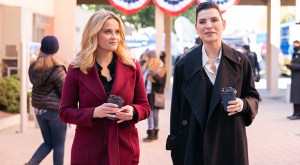 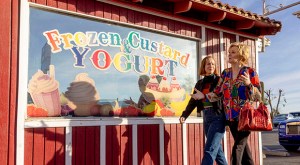