“Devs” is writer/director Alex Garland‘s first foray into series television after sci-fi films “Ex Machina” and “Annihilation.” It follows a young software engineer (Sonoya Mizuno) who investigates the secretive development division of the Amaya corporation, a cutting-edge Silicon Valley tech company where she works, which she believes is behind the murder of her boyfriend Sergei (Karl Glusman). Amaya and its secretive ‘Devs’ division is run by a mysterious CEO Forest (Nick Offerman) and his ambiguous offsider Katie (Alison Pill), both of who we learn have developed a machine that can see literally backwards and forwards in time.

A lot of the visual effects in “Devs” is showy and visually striking, such as the mysterious visualizations created by the machine that sees back in time, the giant foreboding Amaya statue that stares out over a surrounding canopy of trees and the internal gold-plated walls of the cubed Devs bunker. However a lot of his work features the supporting visual effects that are barely noticeable but which contribute to the final product we see on screen.

“It’s hugely important,” he explains. “Where it is something as simple as clean up, it changes a shot so much, like on something like ‘Devs,’ you have a lot of the interior of the cube is shot for real but you might have a bit of sound stage floor visible at the bottom of the frame. “When it’s gone then suddenly the world is now complete.”

Whitehurst is best known for his work on blockbuster and fantasy dramas like “Troy,” “Charlie and the Chocolate Factory” and “Harry Potter and the Order of the Phoenix,” and especially his Oscar-winning work on Garland’s “Ex Machina.” He has become one of the writer/director’s key collaborators alongside production designer Mark Digby, director of photography Rob Hardy and musicians Ben Salisbury, Geoff Barrow and The Insects (otherwise known as composers Tim Norfolk and Bob Locke).

Whitehurst has enjoyed the collaborative and collegiate atmosphere that Garland establishes on his projects. “Because it’s been such a long time, it’s almost telepathic in a way now. I feel now that we make good decisions quickly because we know how each other thinks and we know how we can be helpful to each other,” he says. “The collaboration is not just us with Alex but us among ourselves as well.” 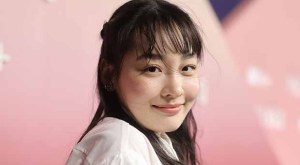 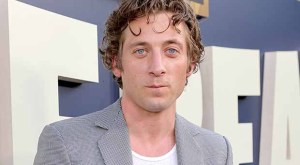 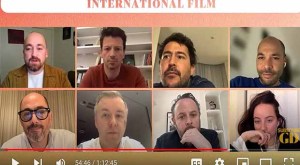