“There were a lot of times where we’d shoot it and go ‘we’ve never done this scene before,’” reveals Andy Samberg about making the Neon film “Palm Springs” streaming on Hulu. In our recent interview (watch the exclusive video above), he continues, “It is always a good sign to be pushing it and trying things that you hadn’t necessarily seen a million times. That was always our goal ironically, since it was a time loop movie.”

In “Palm Springs,” Samberg plays Nyles, a wedding guest who has to live the same day again and again. When Sarah (Cristin Milioti) gets stuck in the same time loop, the pair develops a friendship as they adjust to their circular fate. This rom-com balances an absurd premise alongside quirky realism to create a both wild and endearing film. Samberg explains, “There was a big set piece hard laughs as well as weirdness and even sci-fi mechanisms, which is my true first love as a viewer. For me to get to do what I consider myself to be good at, which is the comedy stuff, while also getting to dabble in sci-fi, existential indie and drama was really exciting for me.”

With other recent time loop releases, Samberg confesses, “After we signed onto the movie, some others started getting announced. We were like ‘should we not make this movie?’ But we kept thinking about it. A lot of people I know in entertainment talk about that. They say ‘there’s something about that one I couldn’t shake.’ That was this for me and for all of us. So we just ploughed through, and it all worked out. But, it was even more important to push it beyond what people already knew about this genre.”

Samberg, who won a Golden Globe for his ongoing role on “Brooklyn Nine-Nine,” is in the awards conversation again for “Palm Springs.” His wildest scene in the film is when Nyles and Sarah plant a bomb in a cake so they can create some high stakes drama at the wedding. The “Saturday Night Live” alum explains, “I really liked doing all the crazy stuff with Cristin too, she’s such a lunatic. Doing the bomb in the cake scene… that was a scene we added. And Cristin asked to have the hook hand and the eye patch, to really get into the dinner theatre of it all. It was just fun.”

Samberg also serves as a producer on the film. Touching on the film’s heart, he says, “a lot of these characters are dealing with facing themselves, facing their own pain and learning to be at peace with their own lot in life. I think it is something we all struggle with. First time the creative team ever met, our mission statement at the end of the meeting was to be emotionally satisfying; and really fun to watch; and have people leaving the theatre, haha the theatre, discussing what they think happened. Even in our inner circle creatively everyone had a different opinion. It’s fascinating that it starts to show you people’s world a little bit. How they view themselves, relationships, marriage and commitment in general.” 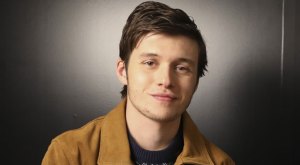 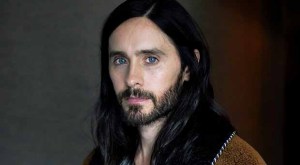 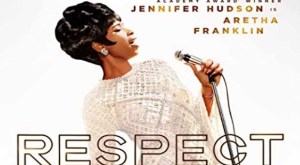 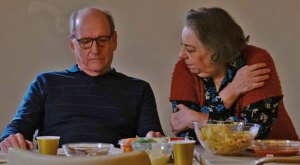