WARNING: SPOILERS BELOW ABOUT THIS FILM.

“It has been just a thrill, it’s a dream come true,” screenwriter Erik Sommers declares about his involvement in the “Spider-Man” pop culture phenomenon, returning alongside co-writer Chris McKenna on “Spider-Man: No Way Home” after penning the first two films in the trilogy.

“I used to have Spider-Man toys when I was a kid,” he smiles when thinking about how his childhood is reflected back at him now that he has his own children. “I still have some old Spider-Man comics from when I was the age that my kids are now. When it really hits you is when I hear my kids and their friends talking about it. Just to hear them talking about Spider-Man and the movies, I mean it’s just a thrill, it’s an absolute thrill,” Watch our exclusive video interview with Sommers and McKenna above.

Directed by Tom Watts from McKenna and Sommers’ screenplay, “No Way Home” sees Peter Parker implore Doctor Strange to use his magical powers to conceal his Spider-Man identity again after it is publicly revealed at the end of “Far From Home.” The spell goes awry, shattering the multiverse and allowing key characters from alternate “Spider-Man” realities to enter Parker’s universe.

“No Way Home” has scored rave reviews from critics, with Rotten Tomatoes recently announcing that it is the best-reviewed film of 2021. To date, the film has grossed over $1.6 billion worldwide, crowning it as the highest-grossing film of 2021 and eighth-highest-grossing film of all time. It’s no surprise then that studio partners Sony Pictures and Marvel are pushing “No Way Home” as an dark horse Oscar Best Picture candidate, with a new trilogy of films now in development with Holland to return as the titular hero.

A huge part of the film’s success is having previous Spider-Man actors Maguire and Garfield returning to play their respective versions of the friendly neighborhood superhero, joining forces with Holland in a nostalgic, emotionally satisfying story arc. “We knew right away that if we’re going to do this it can’t just feel like these cameos we’re doing for cameos sake,” Sommers declares. “The biggest reaction can’t just be ‘I can’t believe they got those guys’ or something like that. We need to treat them like the characters that they are, we need to honor them, we need to honor the movies that they were in, and we need to give them some sort of emotional journey. They can’t just come and just show up for this cameo and then disappear, and we just are superficially glad we saw them, but that’s it,” he says.

“Of course, the focus has to be our Spider-Man, it has to be his journey,” Sommers goes on to explain. “This is his movie, his story, and things have to be in service to that and they can’t contradict it or pull from it. But at the same time, we want to give them something that is meaningful, so that was just the real challenge.” For both writers, the emotional weight of having all three superheros together onscreen is further punctuated after the Green Goblin (Dafoe) kills his beloved Aunt May (Tomei) in front of him. The stakes are so much higher for this version of Peter as she lays dying, uttering his Uncle Ben’s credo “with great power comes great responsibility” to him, and then shattering Peter, who questions whether he can continue after seemingly wreaking so much pain and destruction.

“When we strip everything away, it became a moral choice, as we started realizing that we’re doing the Peter Parker origin story, but just doing it over three movies,” McKenna explains. “This is it, this is his moral discovery,” he says of that often-repeated phrase, which he says perhaps in previous films “wasn’t born in sacrifice. In this movie, it’s born in the blood of May. So that’s why comes down to ‘I’m going to kill this guy’ and then the only way Peter can learn that lesson is because two Peter Parkers from the multiverse come in and they help teach him the lesson that they’ve learned the hard way and that’s why it’s not just all lip service, it’s not all curtain calls,” he reveals. “This was us trying to figure out why is this meaningful and why are we doing this thing? How do we make it real and meaningful?” 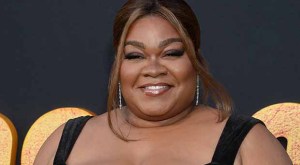 Da’Vine Joy Randolph interview: ‘Only Murders in the Building’ 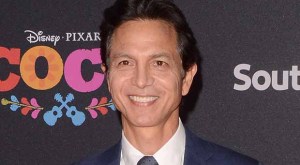 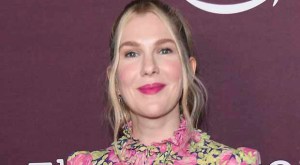 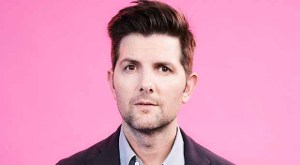