Cicely Tyson Interview: ‘How to Get Away with Murder’

Cicely Tyson doesn’t mince words when reflecting on her six-year journey as Ophelia Harkness on ABC’s recently concluded drama series “How to Get Away with Murder.” “I don’t like goodbyes. I don’t like endings, so I rarely ever think about anything that I’m doing as ending,” the 95-year-old actress tells me. As for no longer working with leading lady Viola Davis, who portrayed her daughter Annalise Keating, Tyson declares, “I will miss her deeply.” You see, it was Davis who originally wanted Tyson to play the part, and her reaction at the time was priceless: “When I heard that, my mouth fell open like a broken pocketbook!” Below, listen to our podcast interview or read on for the complete transcript.

Tyson has received four Emmy nominations as Best Drama Guest Actress (2015, 2017-19) for playing the fan-favorite character, and she has one more chance to earn a bid at the upcoming 2020 ceremony. “HTGAWM,” created by Peter Nowalk and produced by Shonda Rhimes, made history in 2015 when Davis became the first black woman to win the Emmy Award for Best Drama Actress. The series signed off in May after 90 twist-filled episodes.

Looking back at her six years on “How to Get Away with Murder,” Tyson confirms that her favorite moment was in Season 1’s “Mama’s Here Now” when Ophelia confesses to her daughter about what happened to Uncle Clyde. “That’s the scene she’s sitting between her mom’s legs and her mom is combing her hair and while she’s combing her hair, she’s telling her the story about how Uncle Clyde died,” Tyson recalls.

Did the actress face any challenges in playing Ophelia, a character who suffers from dementia? “Frankly speaking, do people who suffer dementia, do they know that they’re suffering from dementia?” Tyson wonders aloud. “Do they know? I don’t think they know … So that’s the way I treated her. She didn’t think anything was wrong with her.”

Also in our interview, Tyson speaks about how she’s coping with being quarantined because of the coronavirus, how Ophelia compares to some of her other iconic characters, and what she really thinks about awards. Tyson’s had a great awards run the past couple of years, taking home an Honorary Oscar in 2019 and being inducted into the Television Academy Hall of Fame this past January. Will an Emmy for “HTGAWM” be next? 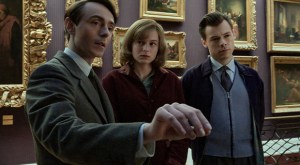 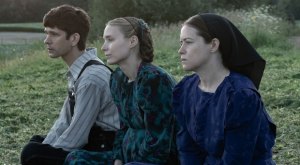 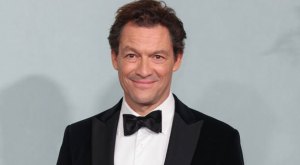 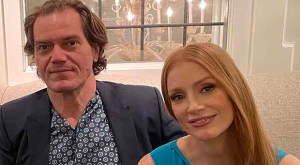