“My intention was to always embed the choreography into the staging, so that it didn’t feel like the story stopped for a dance number,” reveals “Hadestown” choreographer David Neumann. Coming from the downtown dance world, Neumann made his Broadway debut with “Hadestown.” His work on the Anais Mitchell musical has already won him a Chita Rivera Award and he has also been nominated for his first Tony Award. Watch the exclusive video interview above.

Neumann has been a part of the “Hadestown” creative team since “back when it was sort of a DIY community theater thing” in Mitchell’s home state of Vermont. The songwriter invited him to continue with the project for the rest of its lifespan, from an Off-Broadway production at New York Theater Workshop, to Canada, London, and its current home on Broadway.

Neumann says the main question he and director Rachel Chavkin had to constantly ask was “how do we articulate this world?” as the story could be set anywhere in a variety of styles. “It is in a lot of ways an epic poem,” he adds, and they “agreed it had to be quite physical.” But physical doesn’t mean a giant dance break with jazz hands and pirouettes. Neumann and Chavkin worked closely together to make sure there was a constant, seamless sense of movement that drove the story forward. He describes the two of them tagging each other in to scene work “like one of those pro wrestling duos.”

The concept of travel is paramount in “Hadestown,” and as the production morphed from immersive settings to proscenium stages, Neumann had to create new methods with which to convey this central concept. One of those new additions involved giant turntables in the stage, which thrusts actors in a constant swirl of motion. “A central image is walking, a journey,” explains Neumann, so these turntables were an essential tool in depicting the descent into the titular Hadestown.

Additionally, Neumann helped create a distinct feel for each actor’s movement. With experience as a performer himself, he knows that there is a certain element of character creation that only the actor knows. In discussing and exploring the nuances that each cast member is developing on their own, he “started to carve a movement language and vocabulary specific to each actor.”

Neumann has an eclectic dance background. He has studied everything from ballet to Butoh, from club dance to Noh. He worked with vogue legend Willi Ninja and is a founding member of Doug Elkins Dance Company. He describes it as “looking at movement from a much more holistic, much larger world view.” The variety of skills he brings to his dance, whether pedestrian movement or high concept choreography, yields a unique result on stage. He realizes that his style is not often seen on Broadway, but praises the current season of Broadway dance for being so diverse in its offerings. As Neumann puts it: “one of the ways diversity can work well is a diversity of approaches.” 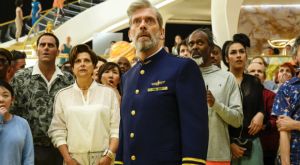 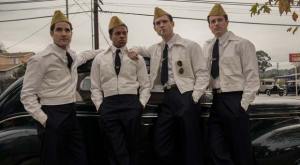 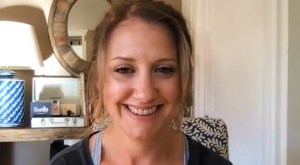 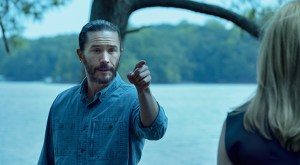