Debra Messing Interview: ‘Will and Grace’

“The only request I made was that Grace be a feminist,” reveals Debra Messing about returning to her Emmy-winning role of Grace Adler on the revival of NBC’s “Will and Grace” 11 years after the original series went off the air. In our recent interview (watch the exclusive video above), Messing talks about the difficulty of returning to the role, the series’s place in today’s tumultuous political climate, and her own history-making Emmy win.

Messing says that coming back to the role of Grace was not easy. While she admits that her co-stars Eric McCormack and Megan Mullally easily fell back into their roles, “Part of me just felt tentative in terms of just jumping into Grace’s skin again.” For Messing, that feeling left during the season’s third episode, which featured Messing and Mullally trapped in a shower as it rapidly fills with water, an homage to one of Lucille Ball‘s iconic comedic moments from “The Lucy Show.” Messing adds that she asked that the water in the tank be heated, not wanting a repeat of her bronchitis-inducing experience while filming her Emmy-nominated performance in the second-season episode “Das Boob.”

Messing remembers the night she won her Emmy for Best Comedy Actress in 2003, a victory which put the show in the company of “All in the Family” and “The Golden Girls” as the only shows which won Emmys for all of its main cast members. Messing confesses that she had thought her best chance to win had been two years prior, when she submitted “Lows in the Mid-Eighties,” an episode that won an Emmy for McCormack. Messing admits that she had felt like her time had passed, which made it especially shocking when she heard her name called for submitting “The Kid Stays Out of the Picture,” a particularly dramatic submission which feature the now iconic argument between the title characters.

With regards to this year’s Emmy race, Messing admits that she has a favorite episode from this past season, one that she might submit to Emmy voters should she receive a nomination. Messing says that the episode “Three Weiss Men,” in which Grace discovers that she has slept with three generations of men from the same family, felt to her “like a Noel Coward play,” which appealed not only to her history in the theater, but also felt to her like a “really fun, strong episode.”

When asked about the future of the series, Messing admits to being “stunned” by the show’s success and its renewal for two additional 18-episode seasons. Messing adds, “I want [the show] to run as long as we are making people laugh and we are being original, and fresh, and current.”

One thought on “Debra Messing Interview: ‘Will and Grace’” 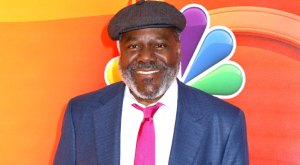 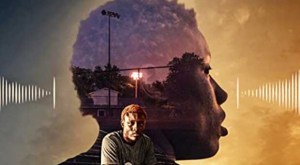