For Dror Moreh, making “The Human Factor” was all about taking viewers into the room where it happens. The documentary chronicles the 30-year effort to achieve peace in the Middle East between Israeli, Palestinian and U.S. leaders, told through the unique perspectives of six American negotiators who were indeed in the rooms where they tried and failed to make peace happen.

“Normally when we get to understanding diplomacy, we are getting the photo ops or sound bites that those types of politicians give us,” Moreh tells Gold Derby at our Meet the BTL Experts: Documentary panel (watch above). “Since there’s been so many movies for me, as an Israeli, about the Israeli-Palestinian conflict or the Israeli-Arab conflict from both sides, I was fed up with this kind of point of view. … For me, the American negotiators were the professionals in the rooms, were with the leaders and could tell me a different story, a story that would come from within the room, not the photo op or the sound bite, and that’s why I wanted to tell it from their perspective. Their job was to take those two sides and bring them together and reach peace.”

What’s more, Moreh, whose 2012 doc “The Gatekeepers” received an Oscar nomination, “cannot imagine a diplomatic effort that America was involved with, in trying to solve the problem for so long, invested so much effort and resources, and failed. And I wanted to understand why.”

The filmmaker spoke to Gamal Helal, Martin Indyk, Daniel Kurtzer, Aaron Miller, Robert Malley and Dennis Ross, all of whom “happily” agreed to participate when he reached out. On paper, diplomats and policy wonks explaining decades-old proposals doesn’t sound like the most exciting thing in the world, but they share these anecdotes and first-hand experiences in such riveting detail, you can’t help but be hooked. Plus, there are amusing ones, like people walking in on Yasser Arafat watching “The Golden Girls.”

It was those compelling accounts and the negotiators’ visible emotional attachment to these failed attempts that prompted Moreh to change the doc’s title from “The Negotiator” to “The Human Factor” — something that is fundamental in diplomacy. “There’s something that we really don’t pay attention to in diplomacy, and that is human beings. And it is about the relations between human beings,” he states. “All of those amazing anecdotes that are like pearls throughout the movie … you understand this kind of relations and how you treat the other guy or other party in front of you humanely or you respect them, how much it creates this bond in order for you to reach peace. The human factor came out of the movie very, very genuinely and uniquely. … We shaped [the film] more to the human factor to try to bring those moments out.”

As the Trump administration comes to an end, Moreh hopes “The Human Factor” can serve as a reminder of what is possible even as peace in the Middle East at the moment remains elusive. “Today, after four years of Trump, we don’t treat diplomacy with a lot of respect. It feels like the world has gone into an era of a reality show,” he says. “When you see those real moments of how hard it is to build peace, how hard it is to take two enemies, to find the common language between them, create the bond between them as human beings and then maybe lead to a better place — we are in a worse world today. I think this what I call the human factor lacks in our day-to-day life everywhere.” 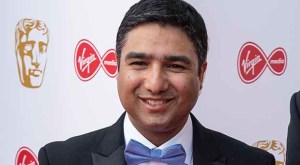 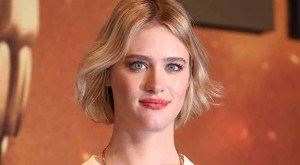 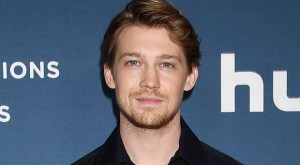