“That’s the most amazing thing about the series is this revisionist tale, ‘faction’ is what Ryan [Murphy] calls it,” exclaims Dylan McDermott about “Hollywood,” the new Netflix period series created by Ryan Murphy and Ian Brennan. The series plays with history, examining gender and racial inequality against the backdrop of the movie industry in the 1940s. McDermott, a Golden Globe winner and Emmy nominee for his work on “The Practice,” plays Ernie, a gas station proprietor whose full service establishment caters to more than just the customers’ automobile needs. Watch our exclusive video interview with McDermott above.

“Every detail of Ernie was a science,” says the actor, who modeled the character’s look after Clark Gable. McDermott immersed himself in every detail of the character, even having special underwear made out of the common fabrics of the era. “There was an impeccability about Ernie that I really really enjoyed,” he says. But the actor was equally attracted to the character’s rather eclectic personality, which covers multiple extremes throughout the series. “The thing that was different about him really was his optimism,” he says. “Even in the struggle of life and everything that was happening to him, I enjoyed playing because he had this incredible optimism about him.”

That sense of optimism was not the only thing that attracted McDermott to the role; he was equally drawn to the comedic nature of the character. “I made a decision to make a comic pivot in my career,” he explains. “I just let myself be my funny weird self, and Ernie was certainly a part of that. Even when I was done with work I would sit in my trailer, and I didn’t want to go home because I still wanted to be him.”

“I always say that Ryan is the Andy Warhol of our time,” McDermott declares. “Hollywood” is just the latest in a string of collaborations between the actor and Murphy, having appeared in multiple seasons of the “American Horror Story” anthology, as well as “The Politician.” That sort of variety is one of the main reasons why McDermott returns to Murphy’s projects. “He gives me things to do that no else does, and that’s why actors love him,” he says. “I think that we all love him because he gives us opportunities and he trusts us, and that’s something that’s very very rare.”

McDermott believes the series is “arriving at the perfect time.” “I think we’re all in a very tenuous place physically and emotionally, and it’s nice to escape,” he says. “I think this show will kind of just let you forget for a moment. The best thing about entertainment — for me — is when I watch something and forget about everything else. That’s the most exciting thing and I think this show really supplies that. 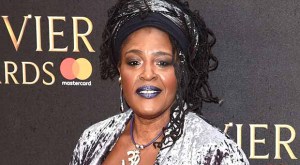 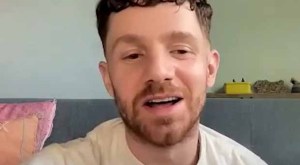 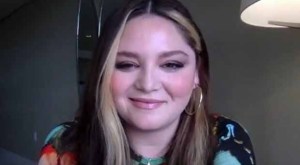 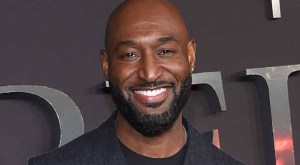