Emmys 2020 nominations slugfest: The good, the bad, the ugly

“There’s so much to unpack we could be here for 10 hours,” I loudly proclaim to my Gold Derby colleagues Sam Eckmann, Kevin Jacobsen and Tony Ruiz in which we give our initial reactions to the highs and lows of the just-announced 2020 Emmy Awards nominations (watch the video above). “But we’re not going to do that,” I note. “Instead, we’re going to have a bit of a rant session about the things that we really loved and the things that we didn’t really love.”

Jacobsen is first to cheer for some of this year’s success stories, like HBO’s audacious limited series “Watchmen,” which led the field with an impressive 26 nominations. “I was so thrilled to see how much the Emmys fell head over heels for this show,” he says. “It was timely and relevant and exciting and fun everything you could want an adaptation to be.” I am also thrilled to see Damon Lindelof back in the Emmy race for  “Watchmen,” and am over the moon about HBO’s “Euphoria,” which scored six nominations including lead actress Zendaya.

For Eckmann, he is most excited about the many surprises. “These nominations are just wild, y’all!” he declares. “It’s nice to have surprises and not have the race pan out in a predestined way,” he adds, giving a particular shout-out to to Disney’s flagship sci-fi blockbuster “The Mandalorian,” which netted 15 nominations across the board. Ruiz points out that Netflix’s “The Crown” returned with 13 nominations and he also cited those performers that contend in more than one category. “I love these double nominations for people,” he says, singling out “Angela Bassett, Jason Bateman, Maya Rudolph … any time Maya Rudolph is on TV I want her to be nominated for something!”

On the other hand, there are some disappointments, with each of us rattling off a number of names and shows that missed the cut or surprisingly under-performed.

“I do think that ‘Westworld deserved a drama series nomination,” Eckmann says, noting that the show really swing for the fences this season, did well across the board but came up short in the drama series race. For Ruiz, he is most disappointed about a previous nominee missing the boat this year. “I can’t live in a world where Pamela Adlon and ‘Better Things’ don’t get multiple nominations every year.” Jacobsen on the other hand is stumped as to why Toni Collette and “Unbelievable” made the list, but its two leads did not. “At the top of my list and I till can’t get over this is that neither Kaitlin Dever nor Merritt Wever were nominated!”

And as for me, I point out a number of missing performers like Tom Pelphrey, Rhea Seahorn, Elisabeth Moss, Bob Odenkirk, Ricky Gervais and Damon Herriman and shows that were unfairly passed over, like “I Know This Much Is True,” “The Outsider,” “Patriot Act With Hasan Minhaj,” “The Good Fight,” “Avenue 5,” “The Loudest Voice,” “ZeroZeroZero,” “The Plot Against America,” “The Sinner” and last but not least, a certain Starz flagship fantasy drama that to me was the most egregious snub of the year. “‘Outlander’ had its best season,” I bemoan. “It was very strong. To see it get zero nominations is a travesty. The actors on that show are great but even below the line it got nothing. C’mon Emmys, really?” 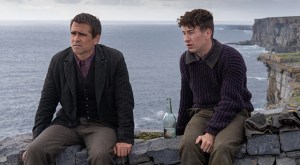 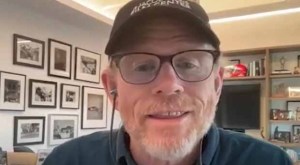 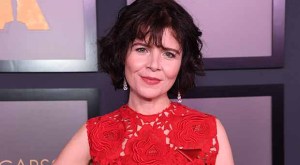