The comedy field is devoid of the usual suspects at the Emmy Awards this year. Only “The Kominsky Method” of last year’s eight nominees for Best Comedy Series is eligible to repeat its nomination, with the pandemic delaying other academy favorites. Those that are expected to return to contention next year for the 2022 races after extended hiatuses include “Atlanta,” “Barry,” “Brooklyn Nine-Nine,” “Curb Your Enthusiasm,” “Dead to Me,” “The Great,” “Insecure,” “The Marvelous Mrs. Maisel,” “Master of None,” “Ramy,” “Russian Doll” and “What We Do in the Shadows.”

Of that list, only “The Marvelous Mrs. Maisel” has ever won the top prize, as the other recipients in the last decade — “Fleabag,” “Modern Family,” “Schitt’s Creek” and “Veep” — have all ended. As I tell fellow Gold Derby contributors Charlie Bright, Rob Licuria and Tony Ruiz at the top of the first Emmy predictions slugfest of the season (watch the video above), “I don’t really know what else there is to say about the comedy field this year; inevitably, eight comedies will be nominated.”

Ruiz counters, “There are quite a number of contenders in here that could contend; I don’t think the field is as barren as we might think it is.” Licuria offers, “This is a really great opportunity to get some new blood in this category and something a bit different and out of left field, which always excites me at the Emmys.”

Although Bright ranks “black-ish” fourth like me and Licuria for this summer’s 2021 nominations, he is skeptical that it will be able to break back into the lineup for its seventh season after consecutive snubs. He explains, “It feels like something that would be, ‘Okay, since it’s a thinner field, it would make it in there, but if people aren’t passionate it about it, which it seems like they haven’t been as much over the past couple of years — and even when it made it into Comedy Series, we’ve never seen it really take off in below-the-line categories.” Ruiz does not have it, but he agrees with our panel that “Cobra Kai,” “PEN15” and “Zoey’s Extraordinary Playlist” will all break through after previous snubs.

The field is led by Critics Choice Award winner “Ted Lasso” and “The Flight Attendant,” which have each been nominated by seven of the industry guilds and societies that share voters with the Television Academy. I add, “One curveball that could make this race even more exciting is if the Emmys reject ‘The Flight Attendant’s’ submission as a comedy. Since it is an hour long, they have to appeal to the academy, but by default, it’s actually in drama and as we know, they do reject things, like a couple years ago, the teen sex comedy ‘Sex Education’ was ruled a drama, so they can certainly rule ‘The Flight Attendant’ a drama.” 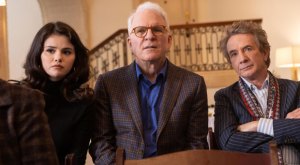 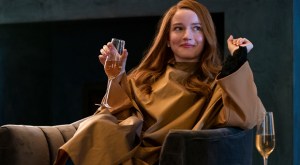 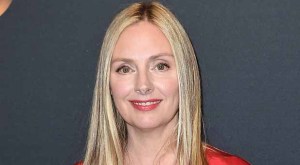 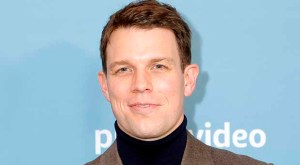